I decided it was time for a change with my annual Christmas party so this year the theme was “these are a few of my favorite things”.

This party theme has been on my mind for a few years so I was quite excited to finally bring it to life.  Staying with the original phrase, “brown paper packages tied up with strings, these are a few of my favorite things” helped with the creation of the invitations, which was the perfect way to set the party theme in motion. 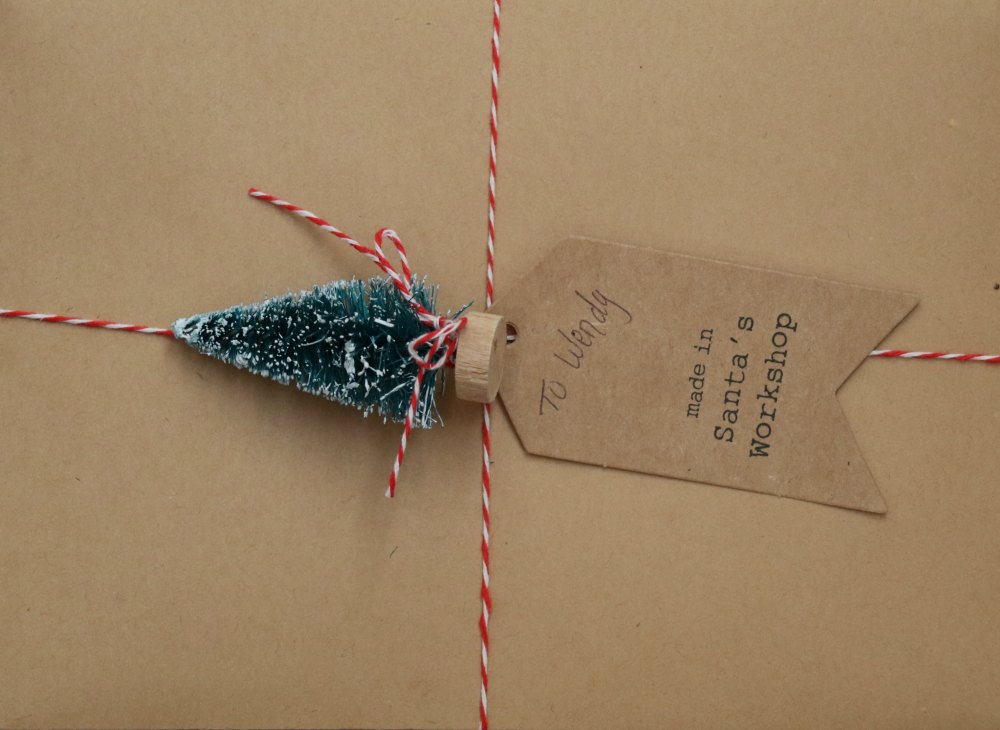 I added the old fashion car loaded with the Christmas tree logo to the invites and knew this would be the perfect accessory for the decorations. 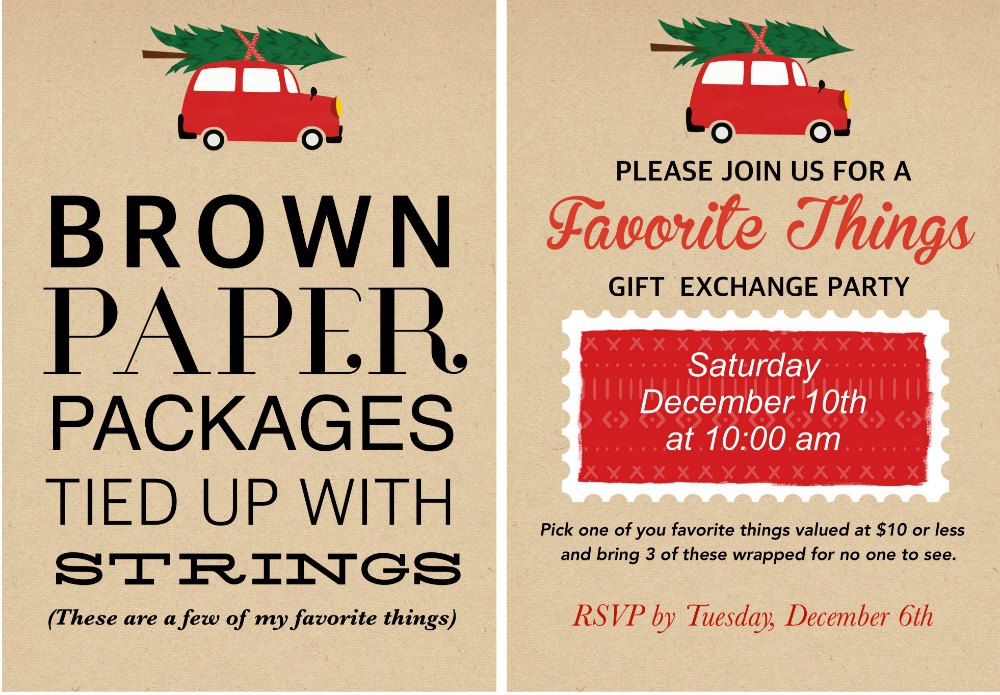 I was overjoyed when I spotted these plates (at target) as well as the cake plate and knew they would be making their way to my table setting. 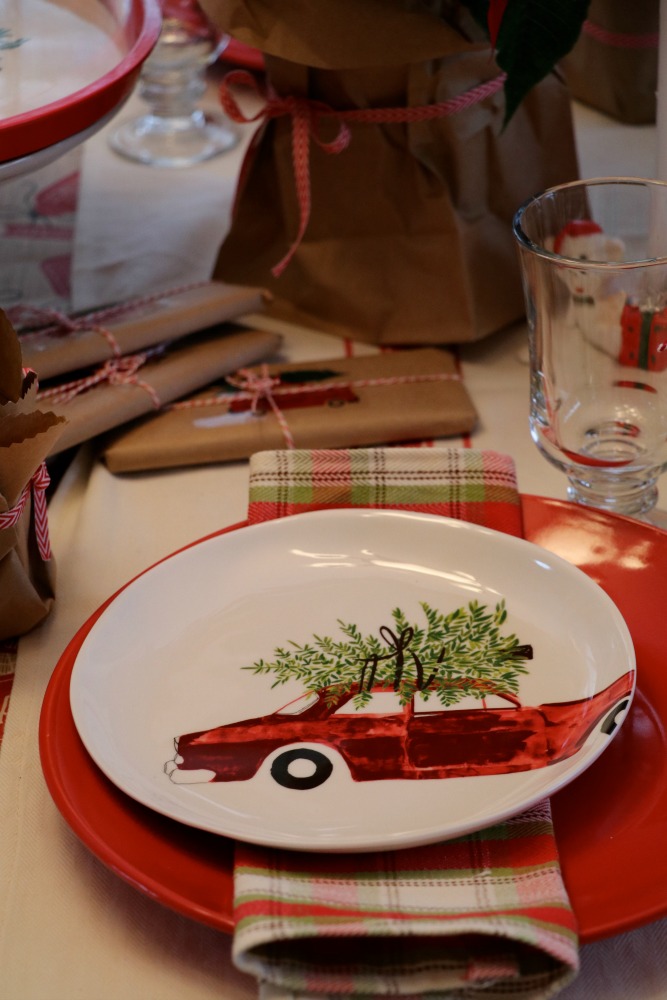 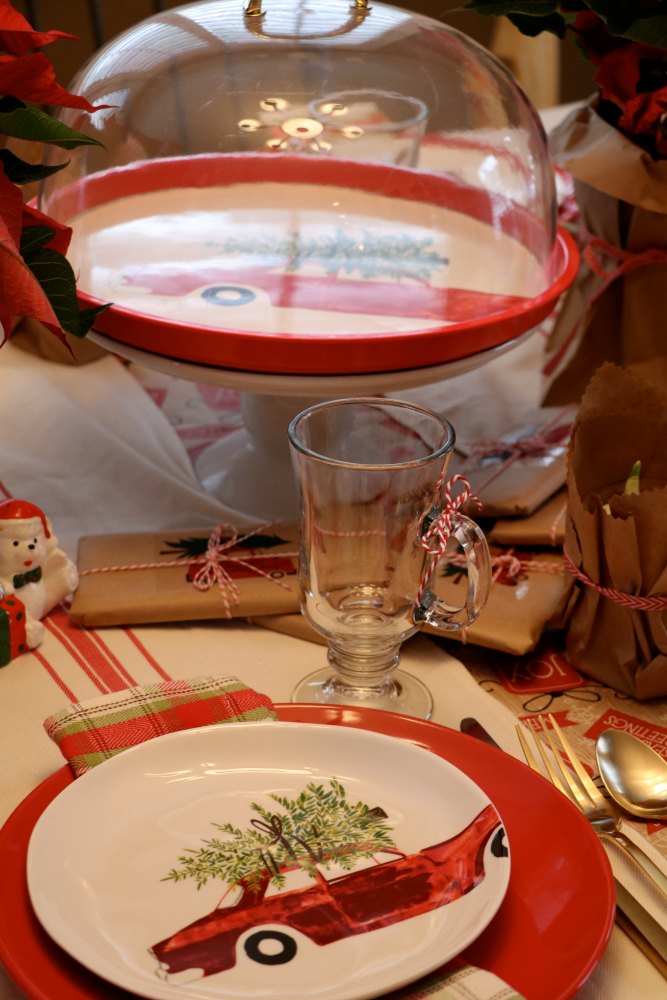 I kept the table totally informal, playing on the brown paper package theme as well as an old fashion Christmas take.

I began with a plain white linen table cloth and then added a strip of patterned brown wrapping paper for a table runner.  I bought four  smaller table runners (also at target) and placed them cross wise acting as placemats. For the napkins, I actually bought these as table runners (they were in the target dollar section for $3 a piece) and they matched perfectly so I cut them into forths, hemmed the edges and TaDa they became the perfect napkins. 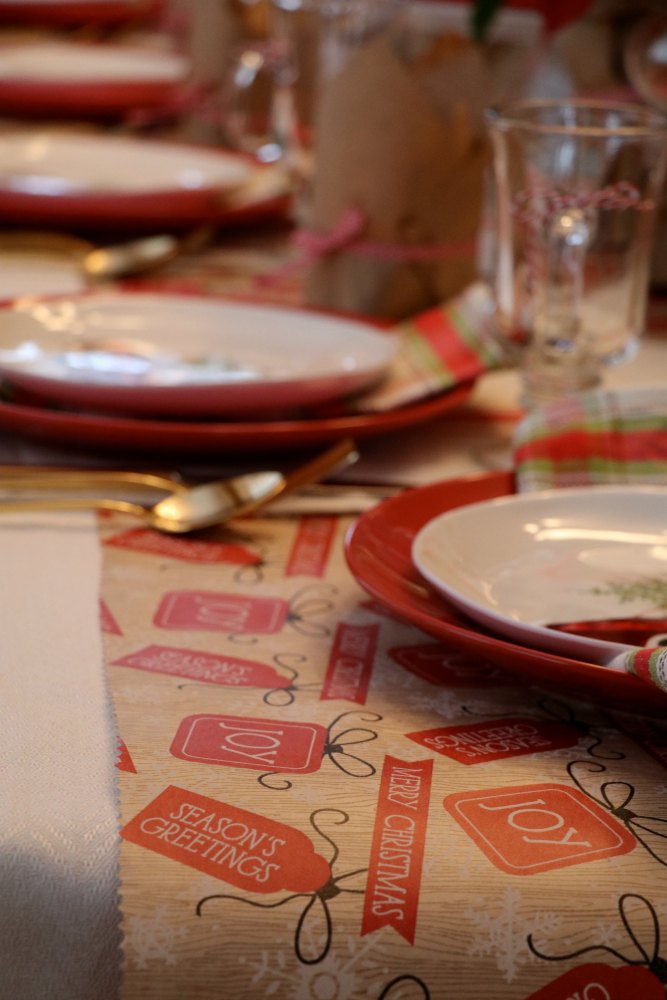 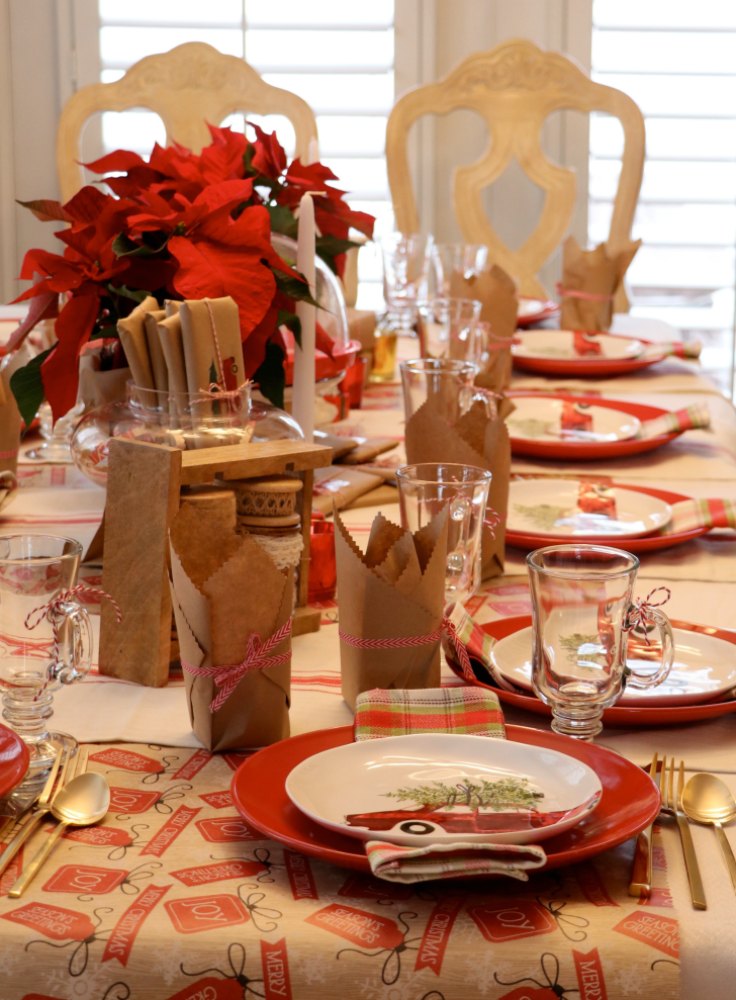 For the tablescape I once again grabbed items from around my home and tied string or added brown paper packaging. I actually had a few presents I still needed to wrap so I used brown warpping paper and placed them on the table. 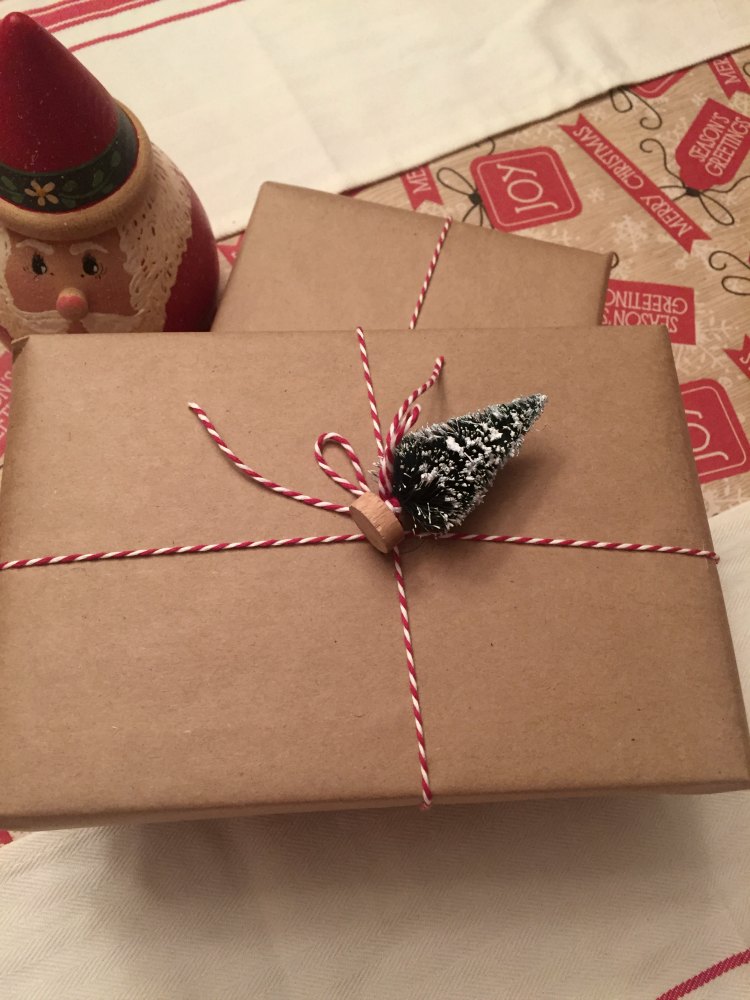 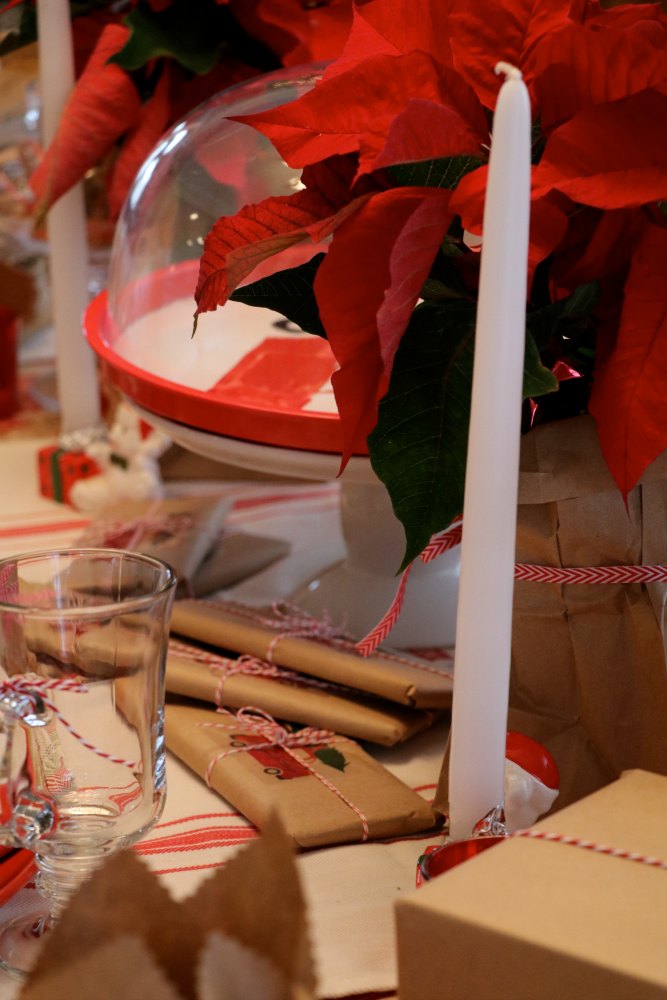 For party favors I planted a paper white in plasic cups and wrapped them up with brown paper and tied with a string as well as individual wrapped candy bars which I added a sticker which matched the one of the invite to tie it all together. 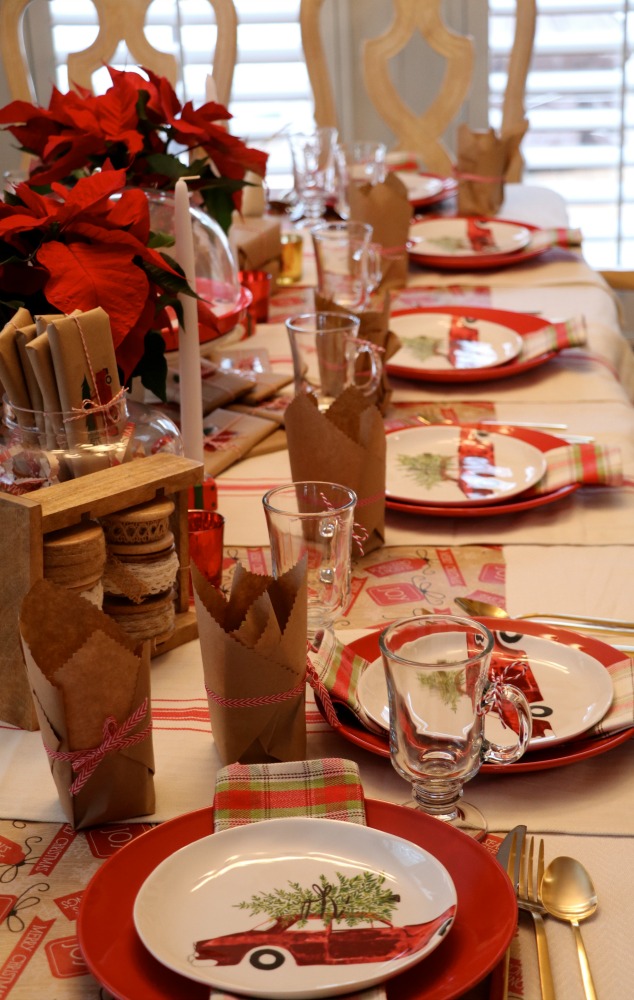 I love how this all came together. . . 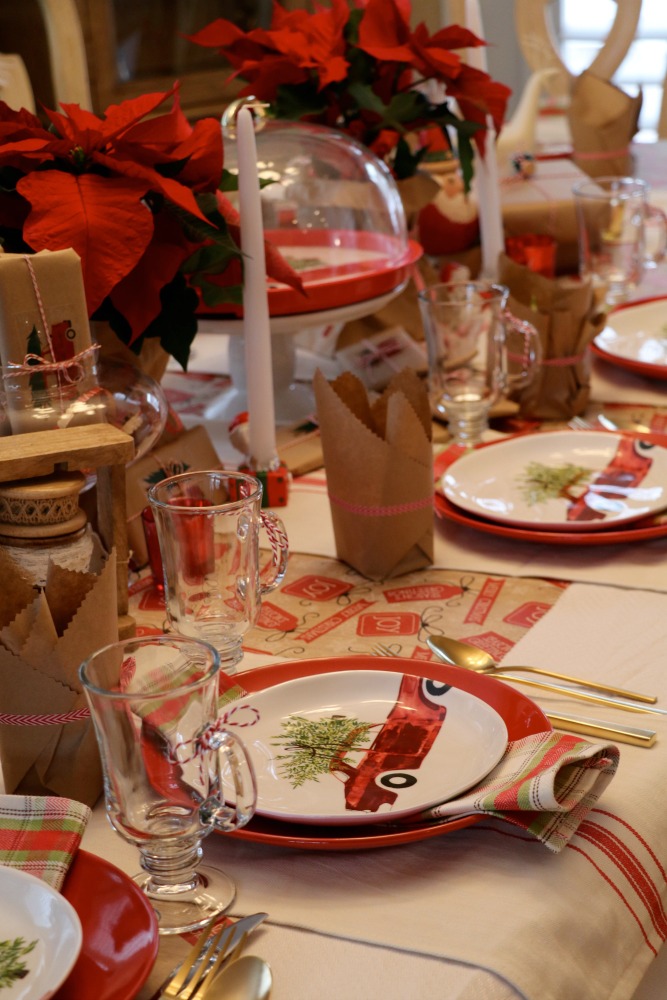 Then I set up an extra table for our fun “favorite things” gift exchange.  Once again I decorated a little center piece to go along with them theme. 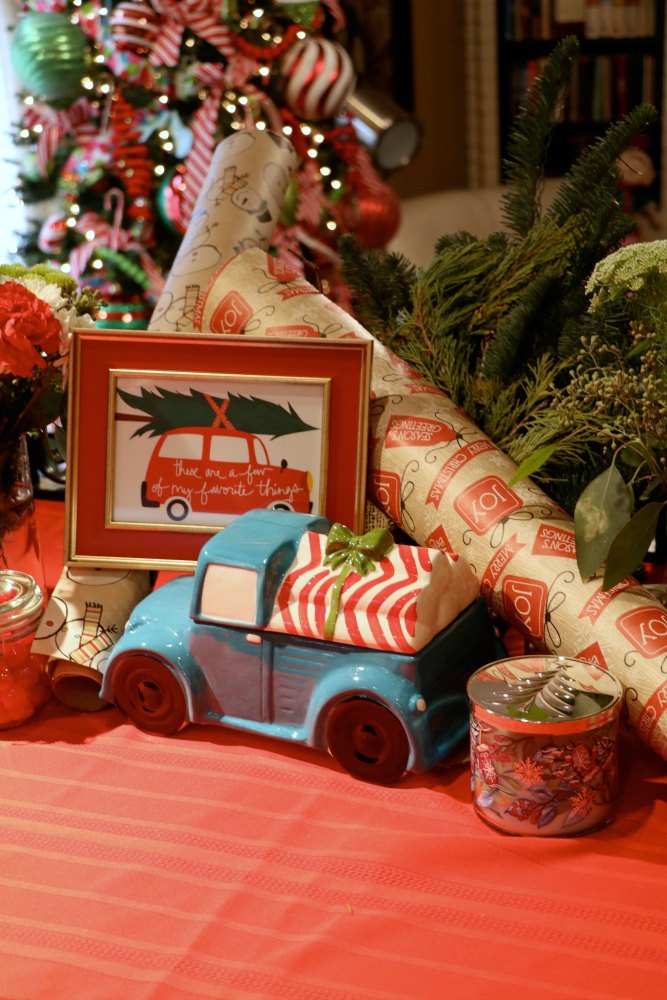 But the true magic happened when everyone arrived and began placing their gifts around the table.

*each guest chose one of their favorite things and brought 3 of these wrapped* After brunch I had each person draw three name tags which I had pre-made with names on them and then we all sat around (real tight and cozy) one of my trees and acted like children. 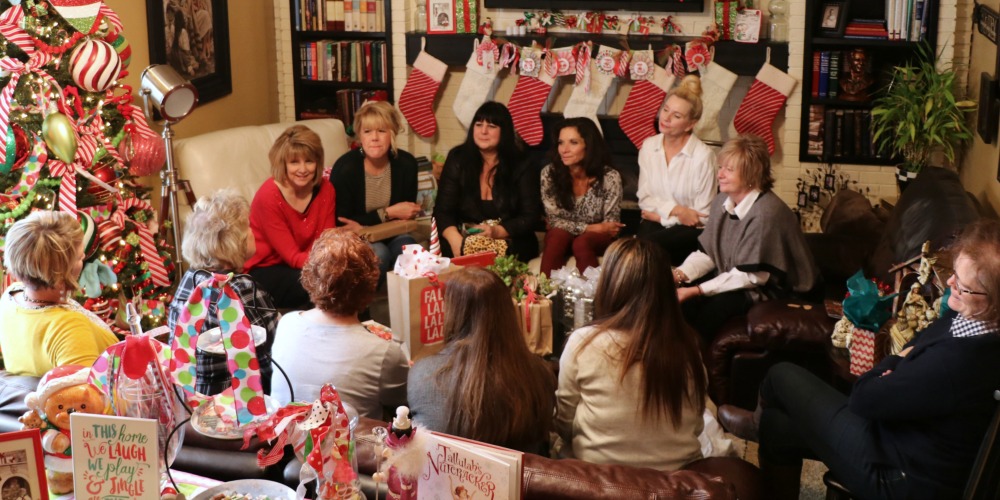 Actually this is how we decided to do our gift exchange, I began with my name and the three ladies who had drawn my name I passed them my gifts and told why it was a favorite thing.  It was so much fun listening and seeing what each person had deecided to bring and we each went home with three wonderful treasures.  Every guest mentioned how much fun they had thinking about and deciding on their gift ideas. 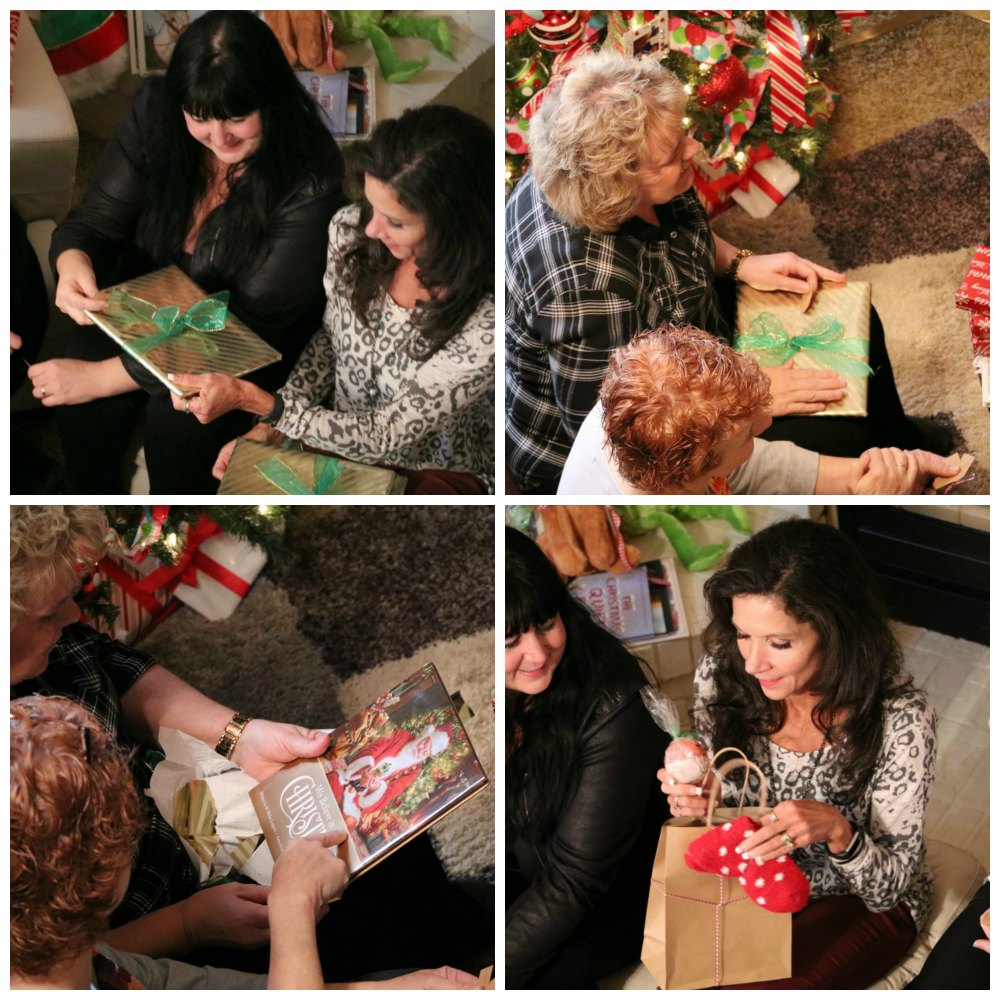 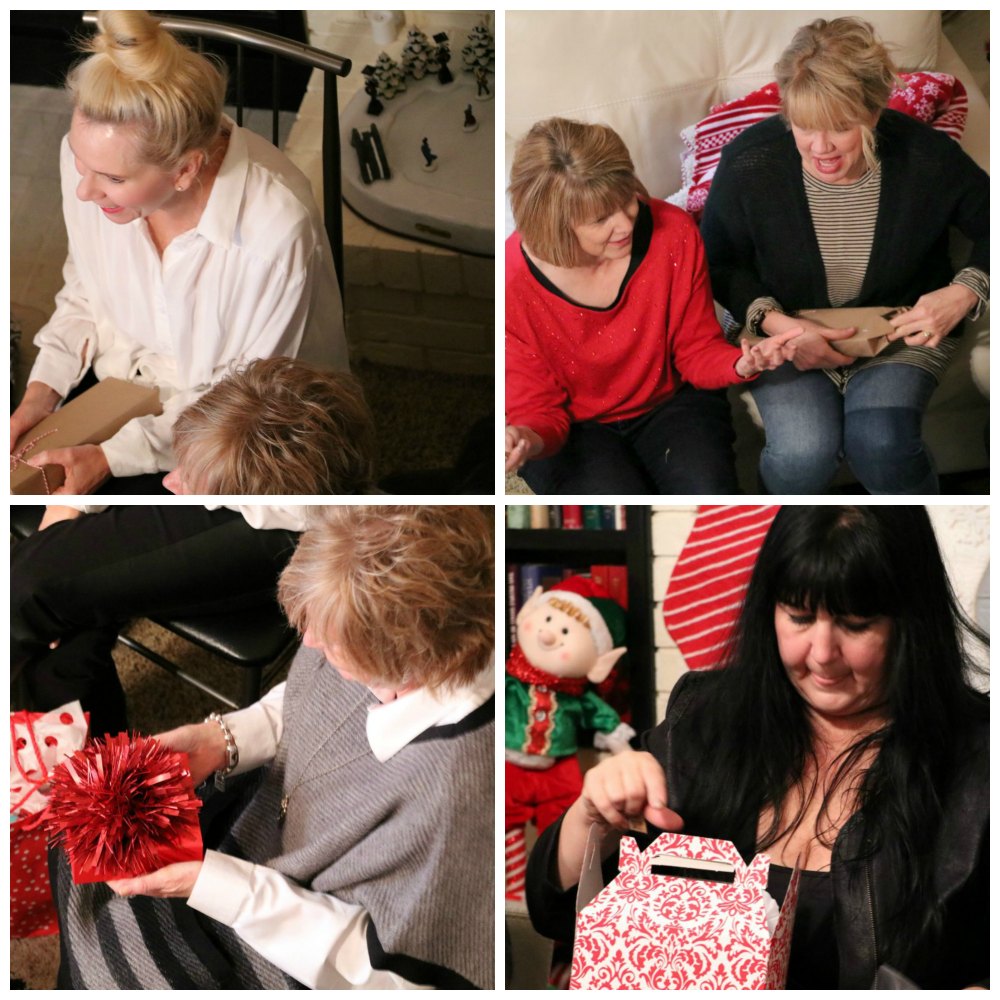 I know I’ve said it before but truly one of my most favorite things in all the world is the gift of friendship, it’s a treasure that simply can’t be bought but is priceless beyond measure.